Client, an absolutely ethical, honest, and decorated long-serving military officer, had been a prior target of a Congressionally-fueled fraud investigation into the G-RAP scandal, widely reported as a "witchhunt."   Although no charges were ever pressed against him, and he staunchly maintained his innocence, he experienced some detrimental effects over the course of his career.  Nonetheless, he continued to promote and receive glowing performance evals.  Five years later, after relocation and on assignment in a different territory, his security clearance was suspended.  Our firm performed its own investigation and re-worked cold sources to submit an adamant and robust challenge to the Statement of Reasons.  Although the COVID-19 pandemic delayed processing of this case, client's security clearance was reinstated just in time to save his job, his career, and the security of his family. 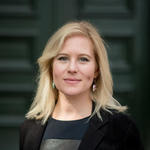